I love finishing projects and finished this Heidi Foldover Clutch by Swoon the other night. It's my guild Letter Challenge project for the letter U. As I outlined in the post the other day, I had several ideas, and ended up making this Useful Clutch that Unzips in two places. You can also turn it Upside down to get things out. Yea pretty corny, I know, but it will have to do.

It will match the working model of the Explorer Tote that I have partially made in preparation for the class next weekend. 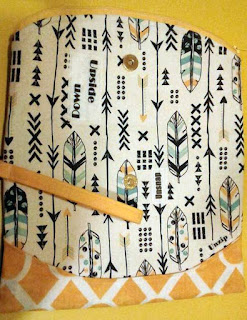 A handy strap is always nice.

Interesting contruction techniques and it all worked out in the end, except the top zipper has a bit of a bubble on one end, but it's as good as it will get. If I make another one, I will stitch across the open end so it is closed...I think that will make it easier to line up. It's barely noticible, and if I quit telling people they probably won't notice. (mums the word) 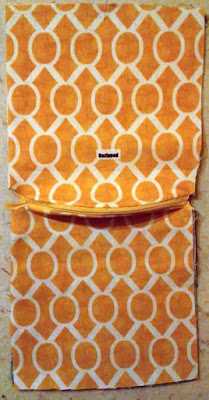 As you look inside the bag...

It's a nice size for taking to a quilt show or shopping. I'm excited to see what everyone else does for their letter for the challenge. I will try and take some pictures at the meeting next month.

Prepping is fun...but now I want to finish this Explorer Tote!

I had started the prepping for the Explorer Tote class a few weeks ago, getting the pieces cut and interfacing fused, but I didn't want to do it all too soon, as it's a review for me too.  But the class is 2 weeks away now, so  I worked on it some more Saturday when I sewed with friends. I think it's ready to go now.

When I finished prepping the Explorer Tote, I started working on my Letter Challenge project for my guild. We picked our letters months ago ( I got the letter U) and I have been thinking of some ideas, but hadn't settled on one. At our meeting last Tuesday, I realized they are due next month, so I needed to decide and get on it.

Several ideas I had:
--A small quilt using many cars that could be "Ubers".
--Something using an umbrella (maybe decorating one with applique shapes, or  making pieced umbrellas for a quilt.
Unicycle (yea, fleeting thought)
--Useful: I wanted to make something I could use or give as a gift. Which gave me the idea of making a bag. I have been wanting to make the Heidi Foldover Clutch by Swoon (free pdf) ever since I found it online, so since it unzips, that became my theme to making this cute useful clutch.


I decided to use the fabrics from the new Explorer Tote, as it might be nice to have a clutch to match the bag if I use it myself or give as a gift.

There is a set in zippered pocket on the back. I used a gold zipper for it.

I spent a lot of time framing the words with gold fabric. I trimmed them, backed them and turned and pressed...but didn't like how they looked on the clutch when I was finished. They were meant to be labels to put in key places and they stood out too much.  (Plus I just like fabrics with words on them.)


So I cut them out of the frame and backed them with fusible web. Sigh....wasted a lot of time, but that's part of the creative process. 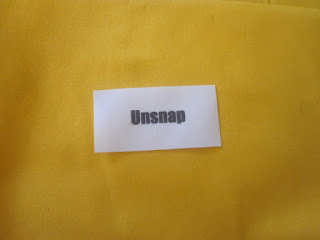 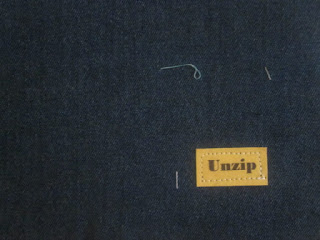 Here's one on the back.
Can you find them on the front below? I had to attach them before I sewed the clutch together. 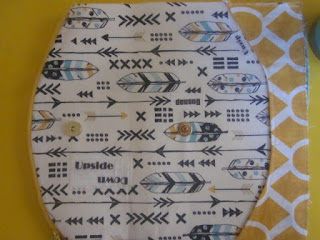 I hope to finish it this week, though I have classes tonight and Tuesday night, so we'll see....

Pat came one night and finished her More Peas in a Pod quilt. It turned out so pretty! She has already gifted it to a granddaughter! I am adding her picture to her class's final post as well. 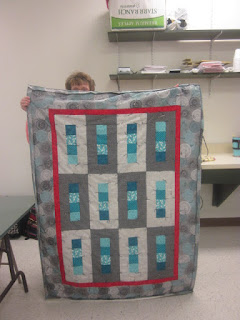 This group of beginners did a really good job on their More Peas in a Pod quilts. I'm so proud of them! They learned how to make and sew on binding during the last class, so they were finished except for some hand sewing. There were two that were unable to come, so will be making it up soon.


I love them all! My daughter Wendy finished her More Peas in a Pod quilt top too, and is getting it quilted, so will have some binding fun when she gets it back.

A few weeks ago I made the Explorer Tote by Noodlehead as a class model. I love how it turned it out and recently started to make a working model so that I can show it as class progresses in a few weeks.

I got all the pieces cut out and started the fusing process. This is the part that I dislike...fusing on the interfacing seems to take forever but is an important part of the process.

I love this fabric. It's a duck cloth type fabric, so a little heavier than what I used for the "Paris" mode. I wanted to see how it worked up. I still used the fusible fleece on the back and front, and the heavy interfacing everywhere else. It was hard to stop working on it!

This pattern has a great feature...a set of tabs so you can keep track of what you have cut and how many. I found this to be really helpful when cutting each of them and also when marking these pieces for the upcoming class. I will sew together a few more things before class, but decided to wait until the class was closer so it would be fresher in my mind for the class.

I guess I really do need 2 Explorer Totes, right?

Tangled in the Kite Strings pattern on Etsy 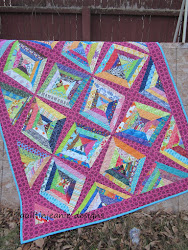 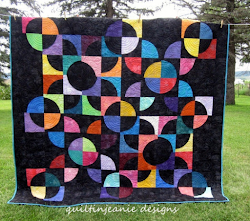 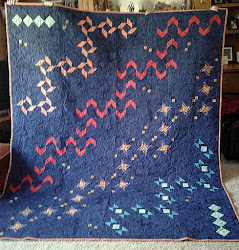 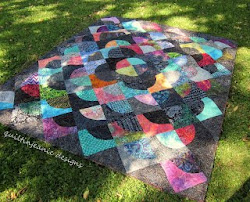 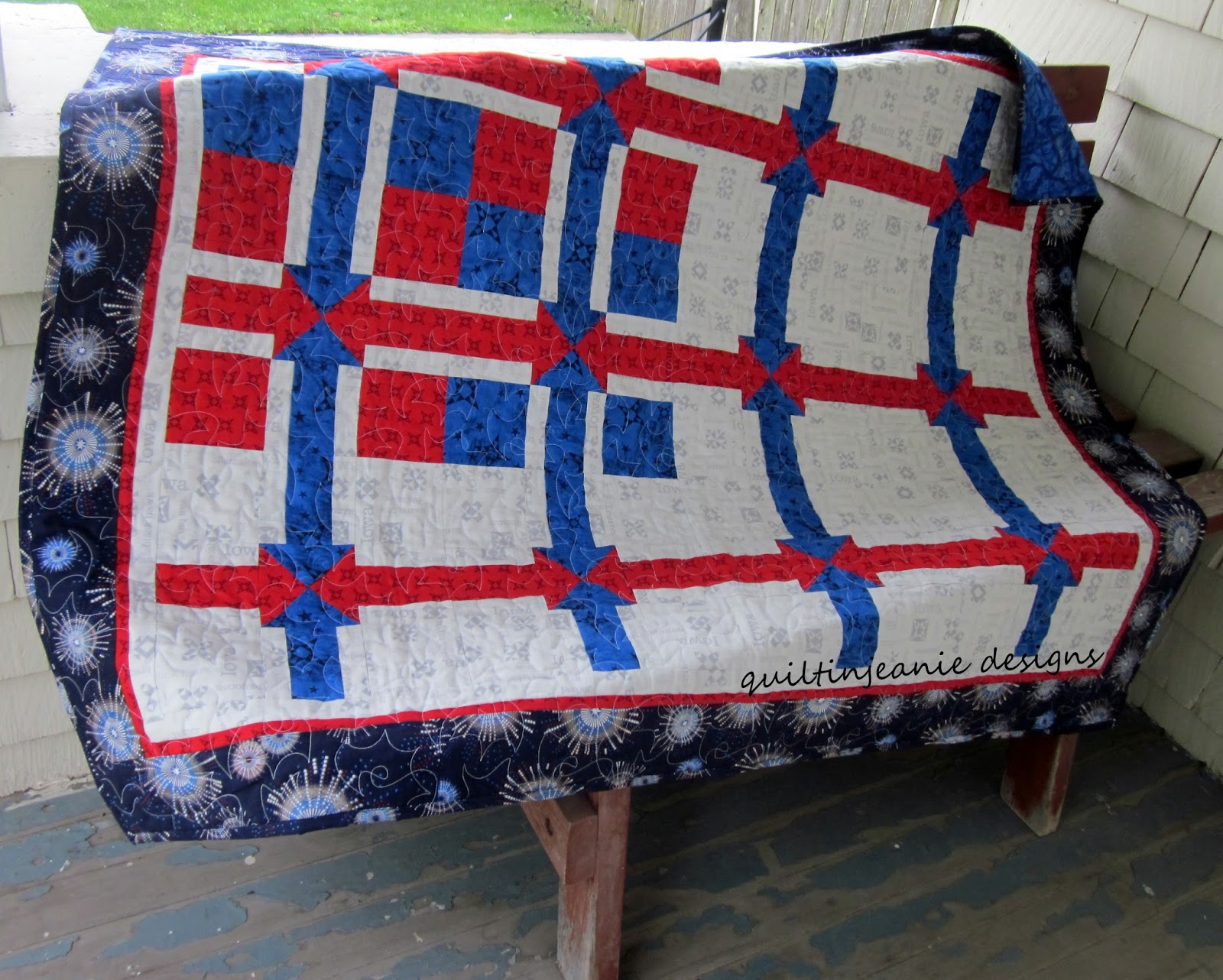 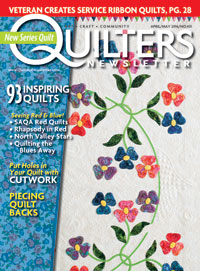 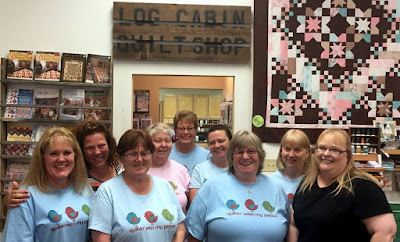